For Trombone and 12 tape-recorders. The complexity of the score has reached a level that can only be realized through highly concentrated improvisation. The 12 cassettes can be self produced (you will find suggestions in the score), or can be ordered from the publisher, ZEITVERTRIEB WIEN. 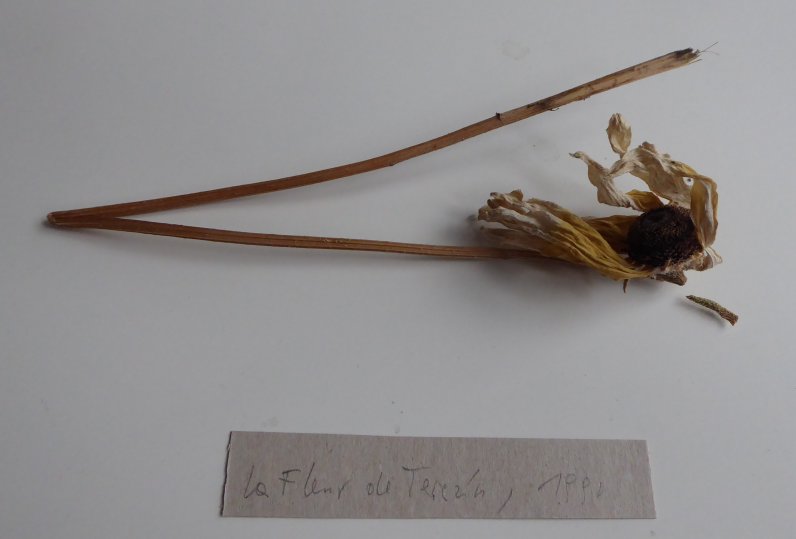 ... Many of these pieces exist somewhere between music performance, abstract theater, installation, and performance art. Something Ablinger begins exploring in these early years as a composer is what he calls "die Haltung": carriage, in the sense of the quality both of your inner and outer posture, where composure and alertness meet: performance attitude. There is, for example, a piece involving an actress trying to find - to impersonate - a position exactly between a private posture and a stage behavior. Or, a piece in which a performer is asked to impersonate "doing nothing", which - as one soon realizes in thinking about this problem - cannot simply be done by doing nothing, as there is a categorical difference between doing nothing and conveying the idea of (or playing the role of) doing nothing. And in later years he develops pieces that further require musicians to behave almost like actors (though - obviously - it should never look like "acting", as it is music, or performance, that requires impersonation of a certain attitude). From the late 1980s, a piece for trombone and twelve tape-decks (La Fleur de Terezín/Monolith I und II): the tape-decks are installed like objects in an exhibition and the trombone player positions himself between them while playing; the tape-decks (among other things) play the sound of footsteps on pebbles-though the trombone player never steps on any. And thus, part of this piece's subtle tension derives from keeping your (the listener's) attitude fixed within this minimal yet irritating environment.

Occasionally these notions of performativity are not even mentioned in the score but simply arise while the composer and musician are at work in rehearsal. I recall a performance (2) of another trombone piece, Annahme 2: the trombone part is sparse, full of long pauses and short, intense fragments of music. It's very difficult to hold any tension in these long intervals and to make these short outbursts sound justified; so, while rehearsing, Peter Ablinger suggested to the trombone player that he keep a certain idea in his mind throughout the piece: imagine driving a car over a long, long curve, a curve as long as the piece (about fifteen minutes), and you're driving almost too fast to keep the car on the road-you're constantly in danger of loosing ground-so you actually have to go on and on in order not to loose ground, to make it through the curve. And with this, the trombone player- the ingenious Roland Dahinden-played a performance of the piece that made everybody in the audience shiver, though nobody could tell exactly what it was that was almost frightening. It couldn't have just been those few outbursts of trombone-sound in a fifteen minute long piece. It was the combination of these sounds, the long non-sounding intervals between them, and, especially, the attitude the player conveyed while performing: this notion of being on the verge of taking off, of being ceaselessly threatened.

set up of the 12 tape-recorders
Jesuitenkirche, Innsbruck, Austria

distant row of tape-recorders,
each on a single note-stand with light,
in front: the player's position

> one page from the score

For score, translation of the instructions, or for requiring the 12 cassettes (and/or the 12 tape-recorders), ask the Publisher: