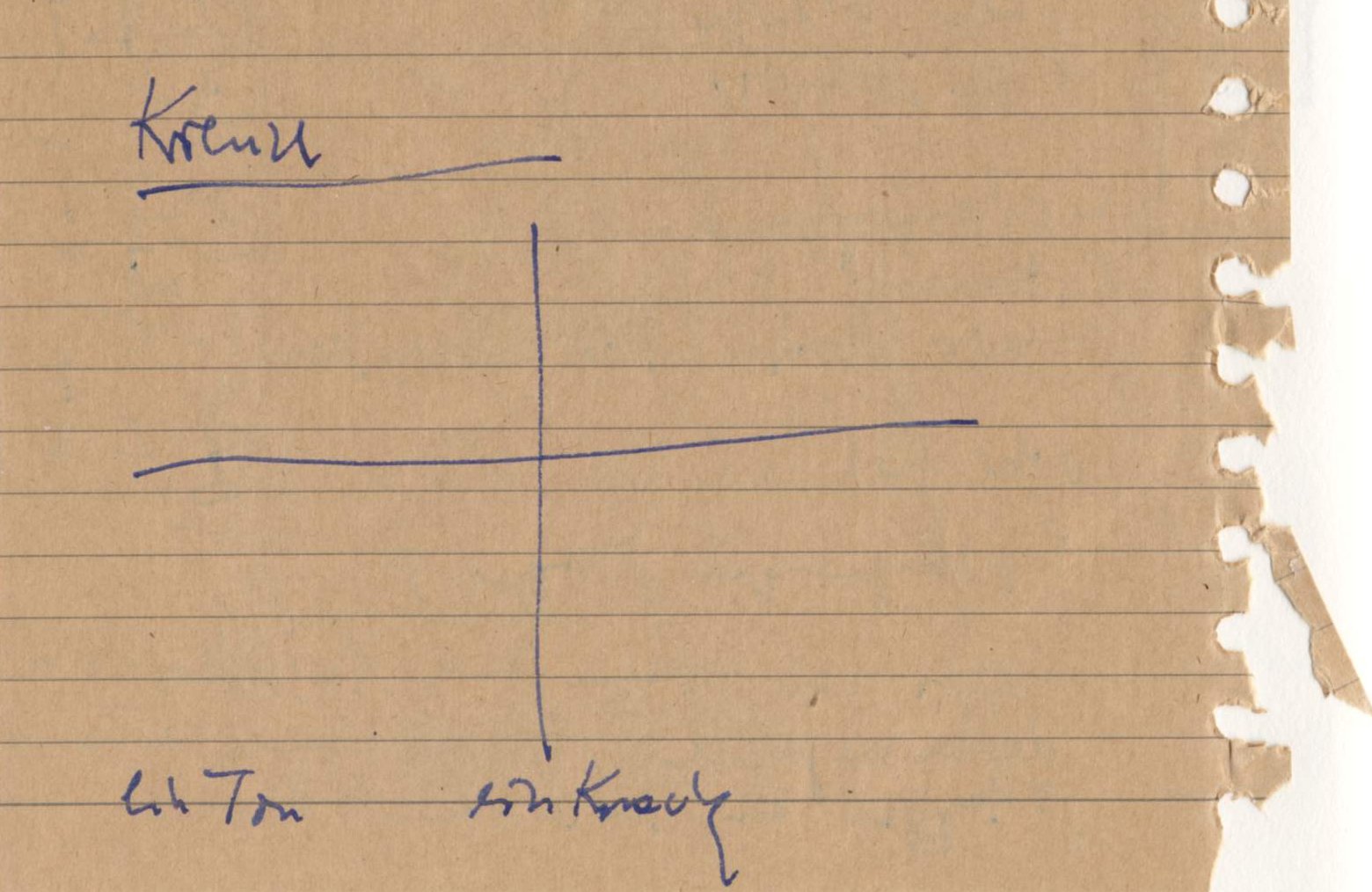 one tone: the g below concert-A (g1)
(all keys open. no finger down-pressed!).

The resulting pitch depends on the chosen clarinet.
(any soprano clarinet bewteen A and Eb).
Soft, 40 Seconds long, one breath, no circular breathing.

all frequencies, extremely short: a pop;
exactly at Second 20 (in the middle of the clarinet tone);
the pop comes through the loudspeaker(s)
and has to be as loud as responsibly possible
(for the sake of the sound system, and the ears),
as well as extremely short (less than 0.01 seconds);
it can be produced by various means, such as:
a prepared pop on CD, a pop from a faulty (pop-producing) switch or a broken cable
(but only when these are practically feasible/controlable), etc;
an example of a pop that can be put on CD and used in performance can be found here (add 0.2 seconds silence before and 4 seconds after the pop to make a CD-track out of it; also, beyond simply playing the 2-channel version, you have the option of using either one alone: the more bass-sounding pop of the left channel, or the white-noise pop of the right)

pieces for Instruments and Noise, including PARKER NOTCH