The sound source that has been "verticalized" here very roughly was a C-major scale played at the piano. After getting accustomed to the resulting noise the density of this sound evokes audio illusions, very often portions of music, bells or speech, which are projections of our indiviual brain.

The version "Weiss/Weisslich 6b" is a "concert installation". It is designed to be presented between other performance pieces in concert situations. In the beginning the 12 tape recorders are switched on by a performer who then disappears. After about 12 minutes the machines turn off by themselves, one after the other (the 12 tapes are cut behind their last sound). 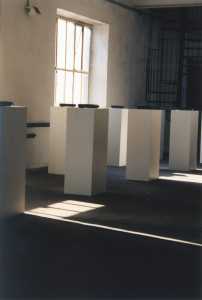 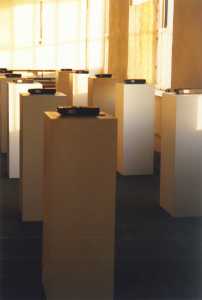 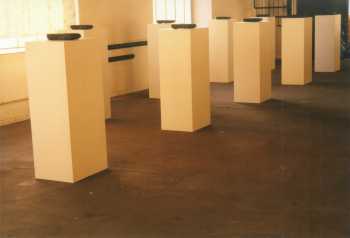 german description of how to create the performance material: 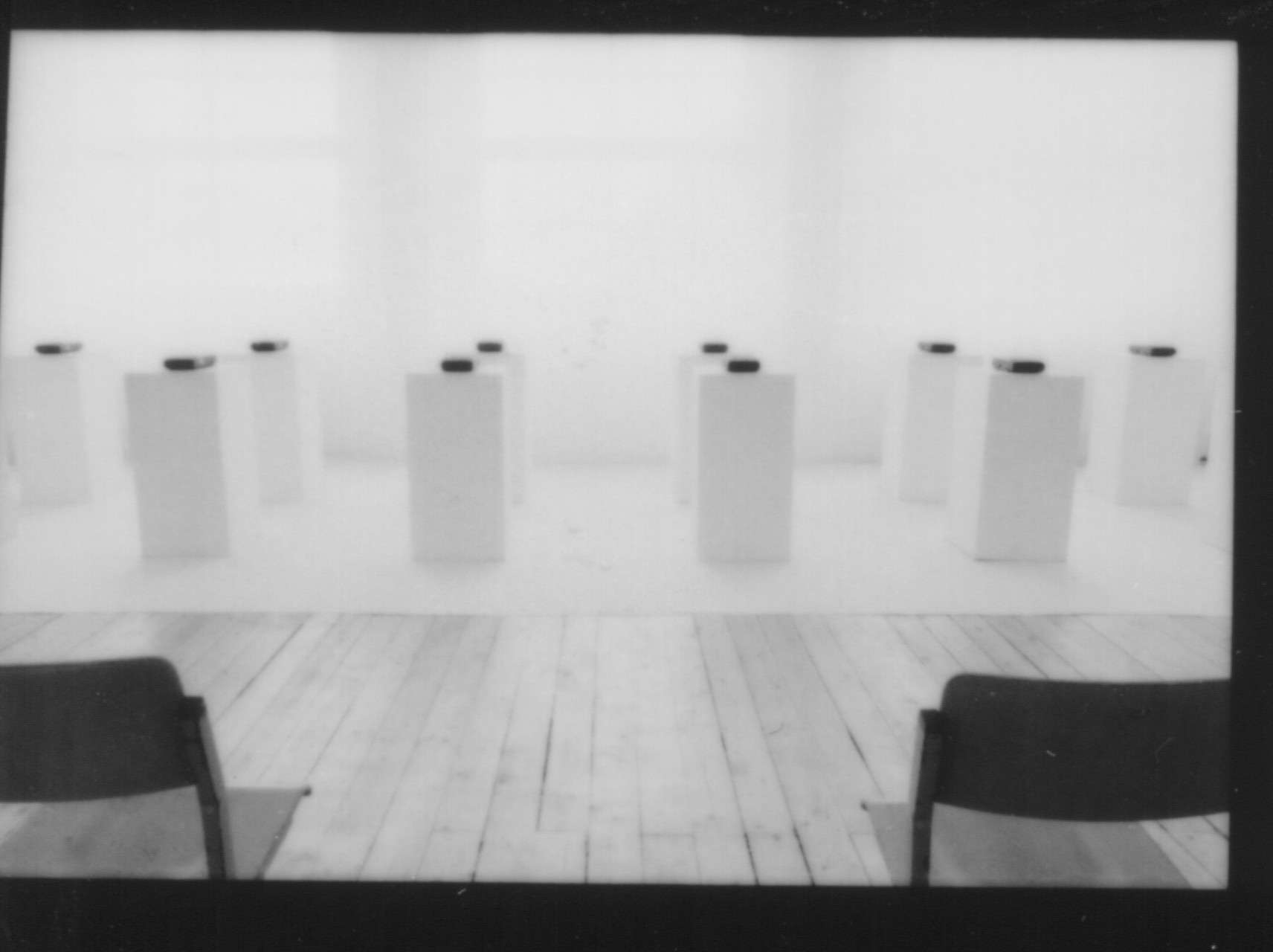