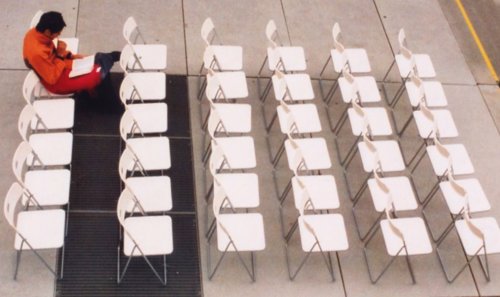 The seating, the 6th act, is a mobile procession of 36 chairs, set up daily in different public locations in and around the city, enabling possible metamorphoses of the links between the public sphere and auditory experience.

The chair is the classical location of occidental hearing. 36 chairs (as in the gallery for the 1st act) were set up each day as a small 'auditorium' in a different public location, thus enabling an other site for an other hearing and observing of the city: in known and unknown, central, and secret squares and places. Text: Wolfgang Hofer, translated by Bill Dietz 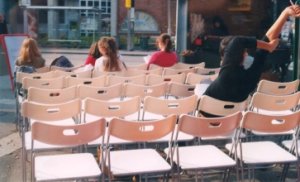 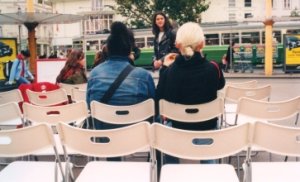 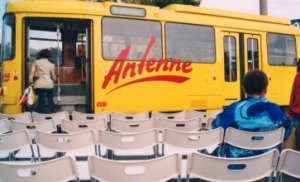 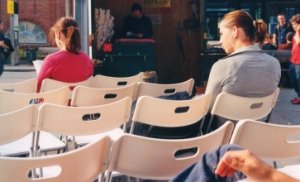 catchwords by Peter Ablinger for
5th Act (the Set): 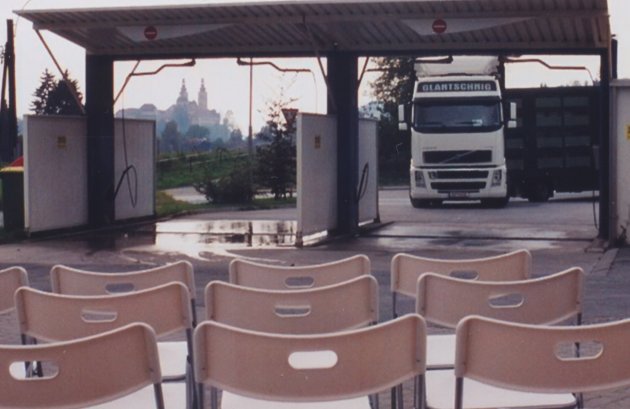 
3rd starting point: opera is something pansocial, not only a private discourse of a few intelligent people (string quartet), but rather concerns a wider radius (if for no other reason, only because it costs so much money). And from this one can expect not only that society goes to the opera, but also that the opera itself goes out into society (Peter Ablinger, note books)


see also: the documentation of earlier CHAIR PIECES since 1995